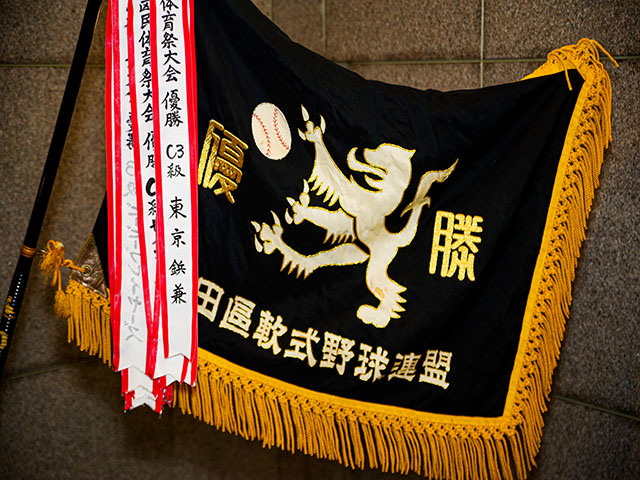 The tournament consisted of a preliminary league in which the 16 participating teams were divided into four teams per block, and a tournament in which the first place team from each block competed for the championship. After passing the preliminary league with a first place finish, the team went on to win the semi-finals with a score of 14-2, and in the final game held at Sumida Stadium on October 4, the team won the championship with a convincing 7-0 victory over the opposing team in five innings.

In addition to the baseball club that played an active role in this event, our company has a soccer club and a golf club for the purpose of revitalizing the workplace and promoting communication. In particular, the golf club holds a golf tournament every year to deepen friendship with our partner manufacturers. If you would like to participate in our golf competition, please contact us using the inquiry form.

(We have decided not to hold a golf competition in 2020 to prevent infection.)